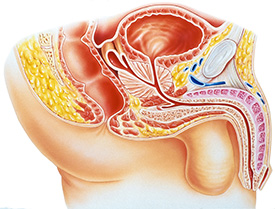 Vasectomy is a permanent birth control procedure for men. When performed correctly, a vasectomy is over 99% effective in preventing pregnancy. Like other sterilization procedures, however, vasectomy does not provide protection from sexually transmitted disease (STDs).

While it is reversible in some cases, vasectomy is considered a permanent operation. The vasectomy targets the vas deferens to stop sperm from entering the semen released during ejaculation.

Some of the benefits of vasectomy include:

How does Vasectomy Work?

Vasectomy is almost always performed as an outpatient procedure. This means that those receiving a vasectomy can typically leave the hospital the same day. Before the surgery is performed, a vasectomy consultation is done. This is a meeting with the doctor or surgeon to discuss the benefits and risks of the procedure.

There is some downtime after a vasectomy has been performed. Bandages and ice-packs are almost always recommended, along with plenty of rest. It’s important to avoid sexual activity for at least a week after a vasectomy.

There may still be some sperm that can enter semen short after a procedure has been performed. Vasectomy follow-up typically includes an appointment to confirm that sperm are completely absent from the semen.

Vasectomy can provide peace-of-mind and has proven to be a highly successful means of pregnancy prevention. Request more information today: call (870) 642-8818 or contact us online.